Joe Zidle: When Earnings and the Economy Diverge

Beginning last year we argued that competing forces would determine market performance in 2019: global central bank easing and a US-China trade war resolution on one side, and the risk of a corporate profits recession on the other. Thus far, the bullish themes of liquidity and trade have propelled the market to its strongest start since 1991.1 But these themes may soon be overshadowed. Analysts forecast S&P 500® earnings will turn negative for the first time since mid- 2016 and decline by 3.6% in 1Q’19.2 Earnings could still surprise to the upside, as the average first quarter earnings surprise is 4.3%.3 Yet the risk of an earnings recession may portend greater market volatility and a broader selloff.

What, me worry? Alfred E. Neuman, the cartoon character who made his debut on the cover of Mad Magazine in 1954, was known for his tagline of “What, me worry?” To this point, the markets have been similarly untroubled about earnings forecasts. Still, it’s important to understand the risk, which involves distinguishing between two very different environments for profits: whether an earnings recession coincides with an economic recession or not. Typically, market performance is quite different under each scenario, a key point that can be lost when volatility starts to cloud investor decisions.

Not all profits recessions are bad There have been 14 earnings recessions since World War II, i.e., two consecutive quarters of negative earnings growth. Six of those earning recessions can be characterized as mid-cycle, meaning they did not coincide with an economic recession.4 In the eight earnings downturns that coincided with broader economic slowdowns, stock performance 12 months later was negative with an average return of -0.4%.5 Conversely, the market was up nearly 12% on average a year after earnings recessions that did not overlap with an economic recession. For reference, the broader market has returned an annualized 7.3% since 1945. 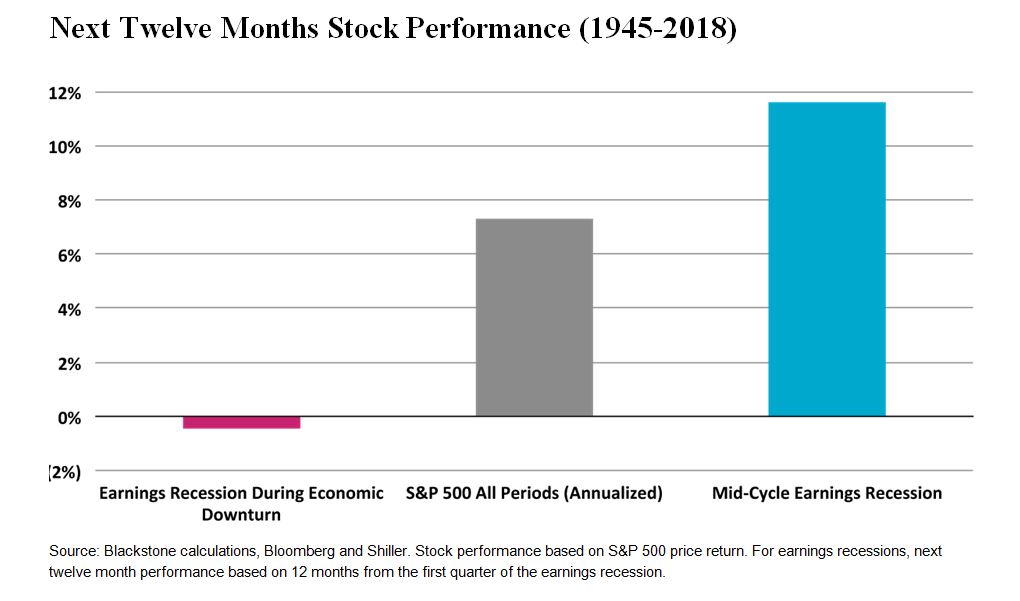 Riskiest parts of the market remain the cheapest Markets have regained most of the 4Q’18 drawdown, but the recovery hasn’t been even. Cyclical and energy sectors are cheaper than their September 21st peak, with P/E ratios 3.8 lower on average. High yield/investment grade spreads, while narrowing, also remain wider than they were at last year’s market peak. Meanwhile, investor skepticism about the longevity of this bull market and the economic cycle has lifted defensive and lower-beta sectors. Defensive sectors are now around 50bp more expensive on a P/E basis.6

Keeping a long view We expect this economic expansion will last long enough to allow for a profits recovery, a view that informs our bullishness on risk assets. On average, profit recessions during economic expansions last five quarters, and seven quarters when they occur during contractions.7 Even if earnings turn negative, buying cyclicals and other risk assets may prove to be a profitable strategy.

The views expressed in this commentary are the personal views of the author and do not necessarily reflect the views of The Blackstone Group L.P. (together with its affiliates, “Blackstone”). The views expressed reflect the current views of the author as of the date hereof and Blackstone undertakes no responsibility to advise you of any changes in the views expressed herein. For more information about how Blackstone collects, uses, stores and processes your personal information, please see our Privacy Policy here: http://go.pardot.com/e/213192/privacy/5qvg1/159241904?h=DLDMCKk_gbLh-dwf0GzGHhVUEfnqCWBvZMKqJJTvPOo. You have the right to object to receiving direct marketing from Blackstone at any time. Please click the link above to unsubscribe from this mailing list. 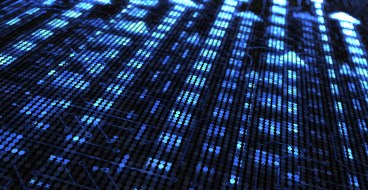