Joe Zidle: This Capex Cycle is Just Getting Started

The beginning of a capex cycle may not generate headlines like fighting at the G7, a North Korea Summit, and hikes by the Fed, but that doesn’t mean it’s any less important for investors.

This past week brought fresh evidence that business investment is accelerating. In a recent survey by Oscar Sloterbeck of Evercore ISI, CEOs reported the highest capex plans in the 16-year history of the survey. The 24% year over year increase in capex by S&P 500 ® companies in the first quarter is just the beginning of something much bigger. Spending on property, plant and equipment could be a key driver of growth for the next leg of this cycle, perhaps contributing to the strongest economic growth seen yet.

Capex has been absent in the current cycle Since the economy bottomed in 2009, companies prioritized just about everything but reinvesting for growth; share buybacks, dividends and M&A growth all exceeded capex. Perhaps it was short-term thinking or overcapacity from the days before the great recession, but the conclusion was the same: companies underinvested. The chart below highlights the amount of capex spending in this cycle compared to the average of other cycles.

How Much Potential Capex? 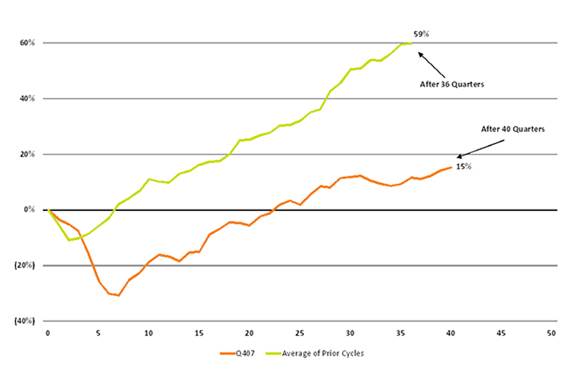 CEOs say the time is now But that trend looks about to shift. Historically there has been a strong correlation between announced plans and actual deployment of capital. The combination of aging equipment, rising expectations for growth, tight labor markets and finally an incentive in last year’s Tax Cuts and Jobs Act that rewards higher capex, could meaningfully shift spending into a higher gear extending out the cycle.


Bullish investment implications One of the most pressing issues is replacing old equipment. Perhaps it is because for the first time ever in US history there are more open jobs than people out of work, according government figures. Industrials and manufacturers that supply equipment enabling greater worker productivity could see the biggest boost. Within the Institute for Supply Management’s PMI numbers, new orders and production are showing acceleration. Within Blackstone, non-residential capex is looked at as one of the leading indicators used for hotel room demand. Look for faster economic growth, perhaps some of the strongest that we’ve seen at any point in this nine-year old expansion. 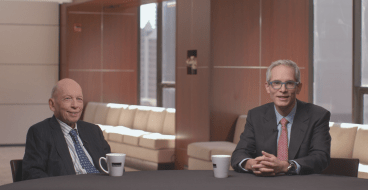 Blackstone Quarterly Webcast Q4 2022: Fundamentals Are Yet to Get Their Day in the Sun